Home » Blog » In Space, No One Can Hear Your Bearings Fail

In Space, No One Can Hear Your Bearings Fail

We recently came across a remarkable video about bearing failure due to electrical damage. But here's the twist:  These were reaction wheel bearings, and they failed in space.

The Kepler space telescope, the Far Ultraviolet Spectroscopic Explorer (FUSE), Dawn, and Hayabusa:  Each of these space probes suffered reaction wheel bearing failures, leading to problems with changing the probe's orientation (or attitude).  In space, as on earth, having the right attitude is essential to success.  If you spend millions of dollars to launch a probe to study Jupiter, you'll want to be sure the probe is pointing at Jupiter!

In space, with nothing to push against, there are two main ways to rotate a craft:  Firing propellant and spinning a system of reaction wheels.  Both of these work using Newton's second law:  For every action, there is an equal and opposite reaction.  Releasing propellants can easily generate torque to rotate a spacecraft.  The problem is that propellant is limited.  A craft can only bring so much with it. 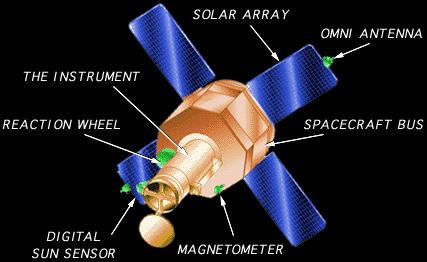 One reaction wheel bearing manufacturer, whose RWA line was used in Kepler and FUSE, performed a relentless root cause analysis and found that these bearing failures all occurred while or just after the Sun was in the midst of violent activity.  After painstaking analysis and testing, they proposed that these failures were caused by electrical arcing through the reaction wheel bearings.  The huge amounts of radiation released during these solar storms were creating a voltage difference across the bearings, and when that voltage discharged, bearing damage and sometimes failure occurred.  The researchers' paper summarizing their findings can be found here.

The RWA manufacturer inadvertently solved the problem of electrical damage before this research was completed, by using ceramic bearings, instead of steel, in their reaction wheels.  Because ceramic has such a high electrical resistance, the voltage on the craft is unable to discharge through the bearings.

Although this happened literally millions of miles from the nearest variable frequency drive, this is exactly like the electrical bearing damage that VFDs cause.  Both phenomena share the same critical element:  a voltage difference across motor bearings.  With motors on VFDs, the drive's pulsed output creates a voltage across the bearings (usually called simply a shaft voltage).  Regardless of how the voltage gets there, the result is the same:  Discharge through the bearing, destruction of the bearing's smooth surface, and eventual failure.

While ceramic bearings are one way to address the problem of bearing discharge, they are one of the more expensive solutions.  An equally effective solution is the AEGIS® Shaft Grounding Ring - a ring of conductive microfibers surrounding the motor shaft and electrically connected to the motor frame.  Shaft grounding rings have lower electrical resistance than motor bearings.  So rather than shaft voltage building up high enough to discharge through the bearings, current flows along the path of least resistance:  through the AEGIS ring, instead of through the bearings.

In larger motors, additional sources of bearing currents may be present, so one ceramic or insulated bearing may be necessary, along with an AEGIS ring.  For more information, see our Bearing Protection Best Practices.  AEGIS Shaft Grounding Rings are also the only electrical bearing protection that offers a warranty against electrical bearing damage.  For more, see our warranty page.

Along with solar power, wind power is the fastest-growing source of renewable energy. Wind turbine... 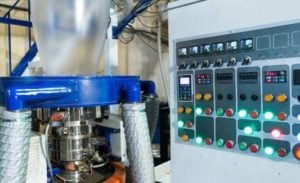 Today, there are hundreds of types and blends of plastics, and they can be formed, molded,... 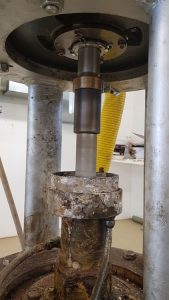 When people think of renewable power, wind and solar usually come to mind.  But there are other...