In January 2021, Lawrence Berkeley National Laboratory released the first of three volumes of a report commissioned by the Advanced Manufacturing Office in the Office of Energy Efficiency and Renewable Energy at the US Department of Energy.  The 250-page Motor Systems Market Assessment, Volume 1 summarizes attributes of the enormous base of installed motor systems in the USA, broken down into Industrial and Commercial applications.  Volume 2 will review the supply chains for motors and drives, and Volume 3 will examine energy savings opportunities.

We will be looking at the report's findings on the use of variable frequency drives (VFDs) and other load control devices, in this and other blog posts.  For now, while we wait for Volume 3, we will try to estimate the potential total savings that VFDs might offer.

The first question we ask is, what proportion of motor systems could benefit from variable frequency control?  As we've discussed previously, VFD control only saves energy when motors don't need to run full bore.  The MSMA reports that 27% of industrial motors run at variable load between 40 and 75% of the maximum.  For motors in commercial settings, 35% are run at load factors from 40-75%.  (Both of those figures, 27 and 35% are in terms of the total power used, not a number of motor systems.)

The total amount of energy expended on industrial motors is just under 547,000 GWh, and the commercial figure is 532,000 GWh.  So the two sectors use about 148,000 and 186,000 GWh, respectively, on motors running at partial load.  That's a lot of energy!  The next question is:  How many of these motors are already being run on variable frequency drives? 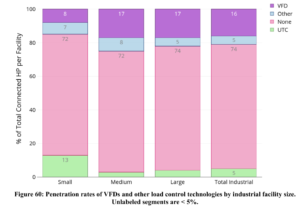 VFD adoption in commercial facilities, by facility size and in total.

The answer - Not enough!  For the industrial sector, only 23% of the total motor power is used with any kind of load control.  Even if every one of those drives is included in the 27% at medium load factor, that still leaves 4% of 148,000 GWh, about 5900 GWh.  Assuming an average electricity rate of 10 cents per kWh, those 5900 GWh have a value of $590 million dollars.  When they drive motors at reduced speed, VFDs can save up to 30% on energy, so that is $177 million in potential savings.  Spread among all industrial facilities (about 180,000), that is on average about $1,000 each.* That is not a colossal amount of waste per building, but it is significant, and in aggregate it is a very significant amount of energy going to no good use.

VFD adoption in the commercial sector, segmentation as above.

The situation is more extreme in the commercial sector, where only 4% of motor system capacity uses VFDs, and 91% of it has no load control at all.  Assuming that every one of the drives in operation is running a motor at 40-75% and repeating the above analysis, the total waste is $5.1 billion.  Even spread out across all of the commercial facilities surveyed - roughly two million - the cost of this waste is $2,500 each.  Since, as shown in the figure, more VFDs are used in larger facilities, smaller facilities would pay proportionately more.  This would give this waste an even bigger effect on their bottom lines.

The analysis put forward here is admittedly simplified, but it demonstrates the point:  Huge amounts of money could be saved by using variable frequency drives to control reduced-load motor systems.  As we have discussed, VFDs still save money even after factoring in more-frequent repairs due to electrical bearing damage.  Of course, VFDs offer the biggest savings when they operate motors adequately protected with AEGIS® Shaft Grounding Rings.

Speaking of AEGIS Rings:  They come with a 2-year extended warranty against bearing fluting damage. No other form of protection against VFD-caused bearing damage offers a warranty like this.  It's another way AEGIS Rings help protect your investment. 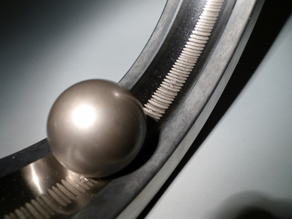 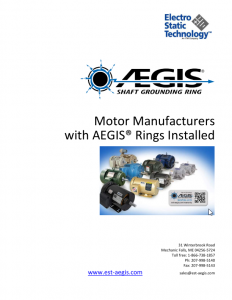 Over the past twenty years, variable frequency drives (VFDs) have been used to control more and...

7 More Things You Need To Know About Shaft Grounding

Even More Questions and Answers from the Plant Services Webinar, "Motors & Drives: VFDs and Motors...